A whole day in Manchester was something not to be missed and a major retail outlet allowed me to do just that. 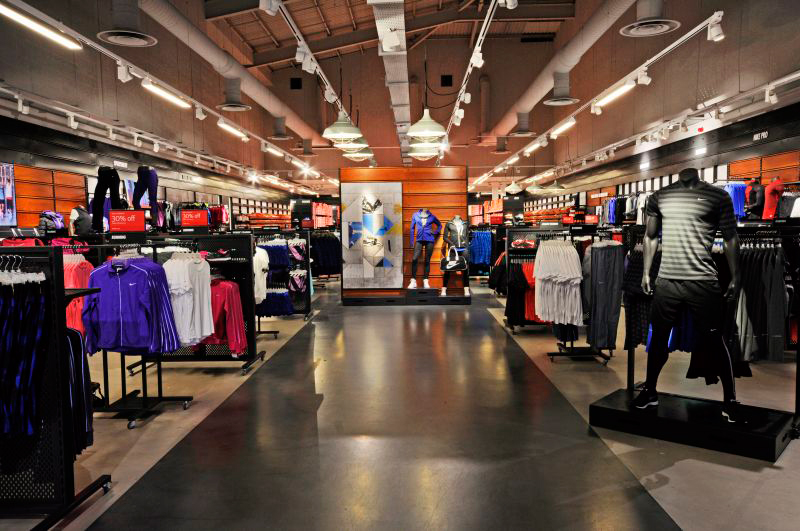 Nike was in the process of re-furbishing their stores around the UK.
I had already photographed their new store at Resort World, NEC, Birmingham so was quite confident that Manchester would have a similer – though distinctive – layout, inside and out. 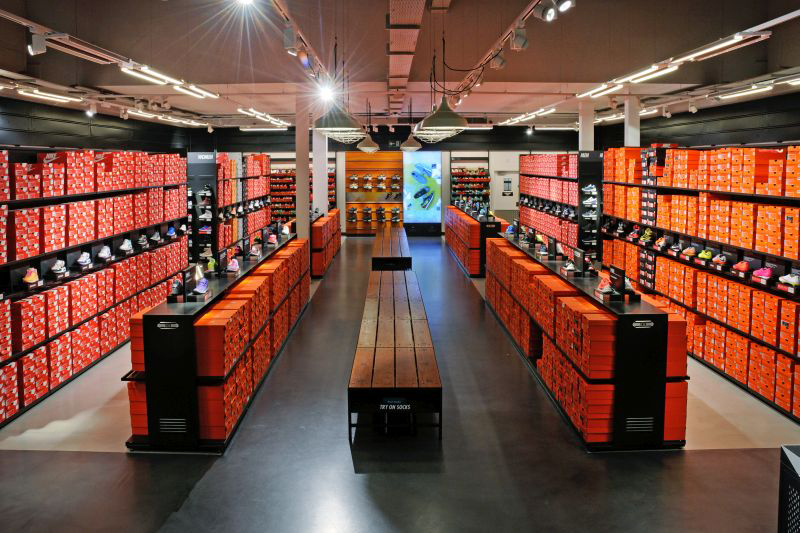 The request for this work came from an agency in The Netherlands and the resultant images were, I believe, to be circulated to staff members throughout the group in order to maintain a similar corporate identity throughout all its stores. 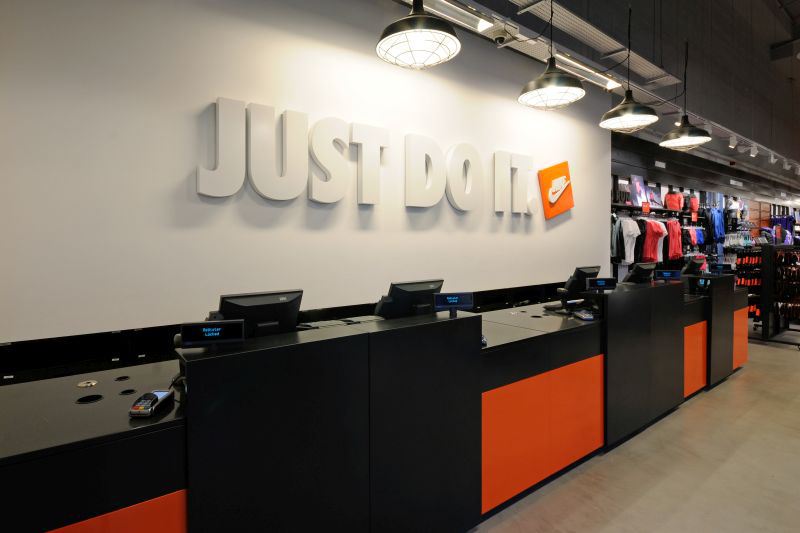 The staff were very helpful, which was most pleasing as the store was open to the public all day.
Once I had worked out the colour balance of the lighting in the store the work was relatively straightforward. 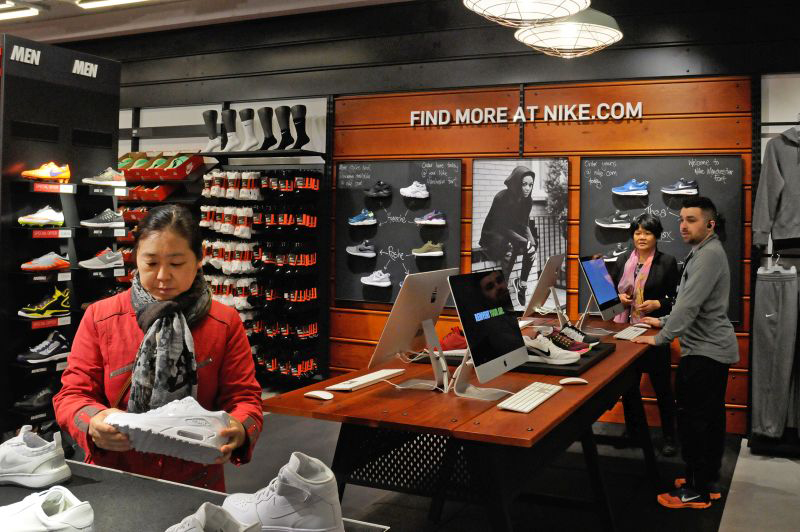 I left Birmingham in the darkness and returned also in the dark.
My client received about 40 hi-res .jpeg images the following day. 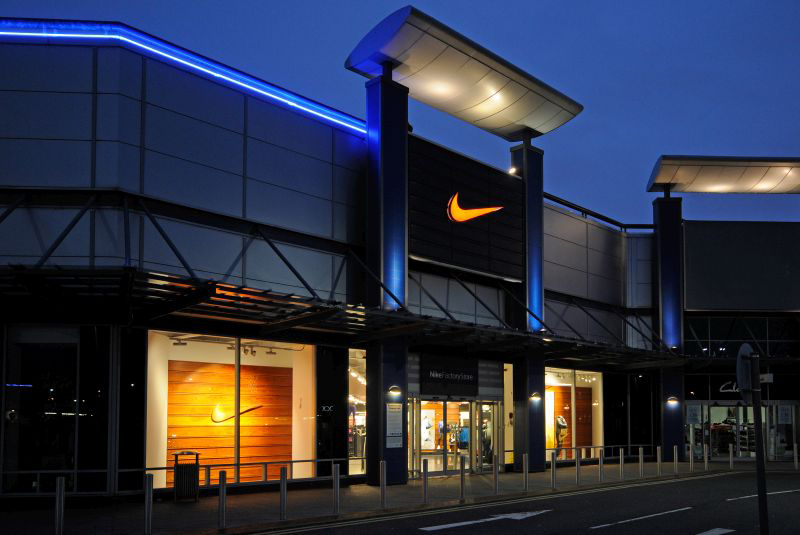 IT’S GREAT BEING A PHOTOGRAPHER!